“Oh my God, so, I just deleted Grindr from my phone.”

As the barrage of mobile hookup apps such as Grindr, Tinder, Scruff, etc. continue to increase, the media is focusing on the apps’ implications for and effects on society. And for good reason. As Details points out, the number of reported cases of “the big three” STDs — gonorrhea, chlamydia, and syphilis — are rising. Fast. Are you fucking anyone who frequents the Chelsea neighborhood of New York? Wrap it, twice. Chelsea has the highest syphilis infection rate in the country. In New Zealand, at least three gay men on Grindr were targeted by a criminal who promised them sex. When the man arrived to the victims’ homes, he threatened them with a machete before robbing them.

If you’re reading this and you still use these mobile applications: kudos! We’re alive! I’m grateful to say I have never been threatened or harmed on Grindr. Nor have I (yet) contracted an STD. My growing issue with online hookup-apps isn’t derived from fear… 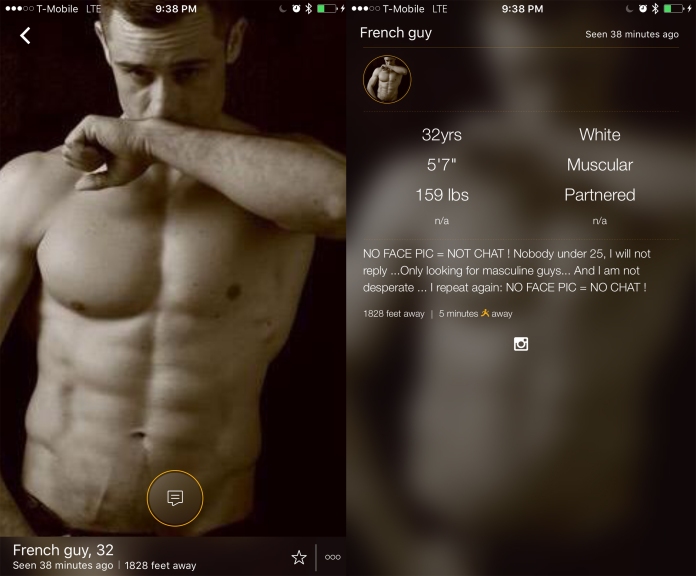 It’s derived from an increasing number of shirtless, white men telling everyone who differs from them they aren’t good enough to fuck, or even speak to. Let us break this down a bit. 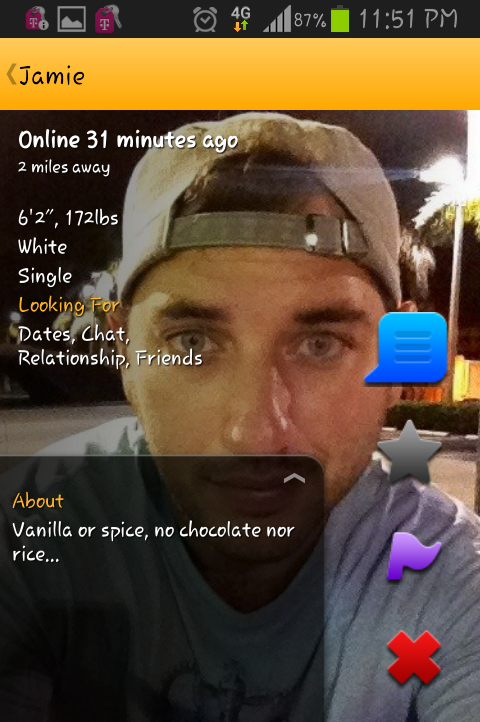 Next, the “whites-only” or “no fems, blacks, asians, etc.” tagline. I completely understand having a “type”. If you look at the roster of men I’ve dated, fucked, kissed, etc., most of them are white, have a little bit of scruff, and are shorter than me. I won’t call it a coincidence, but those traits certainly are not the only ones I actively seek out. If I had to choose a “type”, the traits I find attractive include: skinny, heavy, hairy, non-hairy, black, asian, white, latino, masculine, feminine — but more importantly, intelligent, driven, a good listener, honest, but not sarcastic, and capable of dealing with my moodiness. I’m not embarrassed to admit it took me awhile to open up to such a broad group of people. Like these close-minded torsos on Grindr, I was once in a dark place where rejecting others actually felt comfortable.

Before first coming out at age 18 and even a few years after, I loathed drag queens. I didn’t understand why a man would want to portray himself as a woman. I couldn’t grasp exactly what satisfaction a man derived from putting on a dress and a wig and heels. Anyone who knew me in college can attest to me overusing the phrase,“If I wanted to date a woman, I would do so.” As I grew older, moved to the passionate and very-OUT city of Chicago, and began meeting and falling in love with other queer individuals — drag queens included — I began to understand my resistance to people I didn’t understand. Like these faceless torsos, I too was afraid to accept something — effeminate men — as I was fearful of accepting that trait within myself. Once you break that barrier and portray a certain part of yourself to the world, there’s no going back. Luckily, I had open and accepting friends, family, and a job which allowed me to grow beyond my hateful way of thinking and accept myself (and others) for who and what we are. I’m 26 now…I wear heels, paint my nails, and get annoyed with people who mistake impeccable fashion sense as “dressing like a woman.” Perhaps these shirtless, “masc”, seemingly invulnerable group of men work in a corporate world that doesn’t allow gender expression outside the norm. Maybe their religious parents would never accept an effeminate son. Whatever internal issues they’re struggling with, those are far more dangerous and damaging to the host than the rejection I feel as a result of their inexperience with unfit, effeminate, non-whites.

Whether we like it or not, this technology age in which we live forces us to crave instant results from any particular action we take. We hope that ordering a package from Amazon, a cup of coffee from Starbucks, or in this case, an online chat with a stranger, will yield instant results. When a handsome guy messages me, I feel instantly empowered. When a 62 year old messages me asking if I’m “hung”, I feel icky. When I message someone else and they do not respond, I feel rejected and ugly. Think about how this differs from the generations which arrived before us. In order for our parents (and even more-so our grandparents) to feel these same emotions, it took seeing someone, approaching them, talking to them, perhaps meeting multiple times after, then deciding whether or not to continue toward a deeper relationship, or end it. For me and other 80’s/90’s kids, all it takes is the tap of a little yellow icon and a quick scroll through some photos to feel confident and determined or outraged and self-conscious.

I didn’t erase Grindr from my phone to avoid rejection — in fact, I embrace it. When I seek a connection with someone, I want us to meet and get to know one another before deciding whether we find each other interesting or attractive. I didn’t erase Grindr to run from this epidemic of “masc4masc” requirements. It isn’t my job to message closed-minded individuals and tell them their way of thinking is dated and supremacistic. Maybe I am naive to think I will find anything except sex on Grindr. But, regardless of what anyone is looking for on one of these apps, the voices of friends and advocates for gender fluidity and racial equality who use Grindr all seem to be finding one thing: hours wasted by scrolling through a community of bigots who offer nothing beyond frustration and confusion.

Still, even after knowing and accepting all of these details, Grindr is currently back on my iPhone, hiding on the last screen, out of sight, until just the right amount of alcohol (a sip) is coursing through my bloodstream. I just asked a 33-year old if the car he’s in is an Audi. Oh, it’s a “BMW X5”…”Even better. How are you?” I ask. Hopefully we’ll meet up, go out to dinner, then he’ll run me over with his car. When I wake up in the hospital bed, I’ll finally erase this app for good. Maybe.

Before I came out of the closet — and even more so when I came out — nothing infuriated me more than people who discussed my sexuality with others before I had even established it myself. But I get it. I completely align with and understand the curiosity and this inherent need to know someone’s sexuality. Your friend, who has kept his sexuality a secret since infancy, is essentially lying by omission. That need to know whether someone is or isn’t gay is built into all of our DNAs whether we want to accept it or not. Since this “is he or isn’t he?” tick will forever eat into our curious souls, I am here save you. Put your stress, anxiety, and curiosity to rest; I am outing the male population. Here are eight ways to determine if your guy-friend is a flaming homosexual:

He has never had a steady girlfriend.
C’mon, man. You are 26 years old. You mean to tell me that out of the 4 billion women in the world, you have yet to find a single one that fits your lifestyle? I call “hoooomoooooo”. 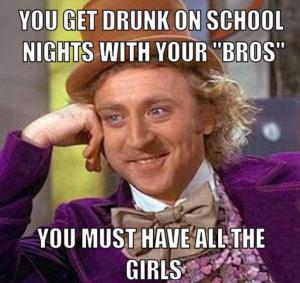 He’s very touchy-feely with other guys when he’s inebriated.
Alcohol tends to bring out our true feelings. It also tends to make closeted men ask you to blow them (true story).

A lot of his friends are gay.
Being accepting of everyone’s individuality is one thing. Going to Boystown every weekend is another. Steamworks much?

He doesn’t have a personal stylist, yet his fashion sense is above above-average.
Ladies, if he has more shoes than you, he’s a bottom.

He was raised in a very suppressed or uber-religious household.
Religion is the reason I was so fearful of coming out in the first place. There is something about the idea of burning in hell for all eternity that makes a man want to suppress his homosexual feelings, ya know? While most religions condemn premarital sex, here in America, with our dick-pic-sending and twerking culture, any man who does not have sex with a woman one month into dating is only turned on by the thought of dicks.

He’s a virgin.
Again, if you’re in your twenties (or god-forbid, your fucking thirties) and you STILL have yet to put your D in a V, you gay, son.

His iTunes library is full of music by Britney Spears, Beyoncé, or other female pop sensations.
You may have already walked in on him dancing in his underwear in front of the mirror to “Anaconda”. 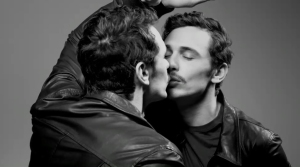 He constantly asserts himself as heterosexual before, during, or after complimenting another male.
“Dude, I am so straight, like I fucking love eating the vagine, and boobies are great…but damn Josh, your ass looks so good in those pants I could just fuck the shit out of you right here and now.” UHM OKAY, QUEER.